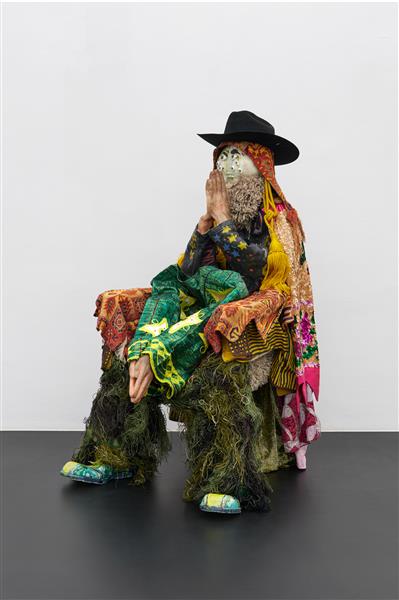 Kris Lemsalu Malone titled three sculptures We Three Luxury Estates. They squatted on the landing connecting the ground-level premises of Vienna's Meyer Kainer Gallery with an historic Fifties bar above, the Boltenstern Room. With fixed porcelain eyes, they stared down approaching visitors, who wondered, in the face of such shamanistic extravagance, if these were goddesses of fate, with the late-night appeal of Seventies midnight movies? Norse Norns, at the foot of the world tree Yggdrasil? The wicked Weird Sisters, Shakespeare's witches from Macbeth? Chekhov's Three Sisters, cast out into the outback of Russian government towns?

They wear colorful skirts and embroidered shawls, brightly colored hoods and pink wigs, and are accessorized with opulent blankets, tassels, and handbags. They fold several pairs of hands in a gesture of welcome. Like the footwear and many-eyed heads, the hands are sculpted and painted ceramic. Although the sitters could be understood as female from their costume, their sex – and this is typical of the artist – is to remain open in terms of gender, of course.

We Three Luxury Estates No.1, now in the inventory of the evn collection, with a Stetson, star leather jacket, and Styrofoam boots hidden under a glittery sequined cape, tends more towards David Bowie's outfit for his Diamond Dogs tour than to the exhibition’s SENORAS.

Kris Lemsalu Malone is an avid textile collector. Looking at the trifecta, one thinks of museums around the world, from the Victoria & Albert to the Institut du Monde Arabe, the depths of Paris flea markets, Milan souvenir vendors, New York thrift stores, the souks of the Balkans, the staircases outside Burmese temples, and Mayan ancestral markets. Lemsalu's passion for fashion is legendary; her spectacular appearances as a make-up goddess and eccentric costume wonder are a fixture of the oral and optical history of Vienna, where she studied at the Academy of Fine Arts. Asked why she collects so excessively, Monica Bonvicini’s student replied, “When I was without a permanent home, living here and there, the clothes were my home.” Indeed, the artist sometimes “inhabits” her objects and sculptures, such as when, for long days at the fair, she lay prone on a waterbed beneath a 100-pound porcelain turtle shell.

The diverse materiality of the sculptures, the use of the body and the handling of the animal ultimately bring to mind masters like Marina Abramovic and VALIE EXPORT. 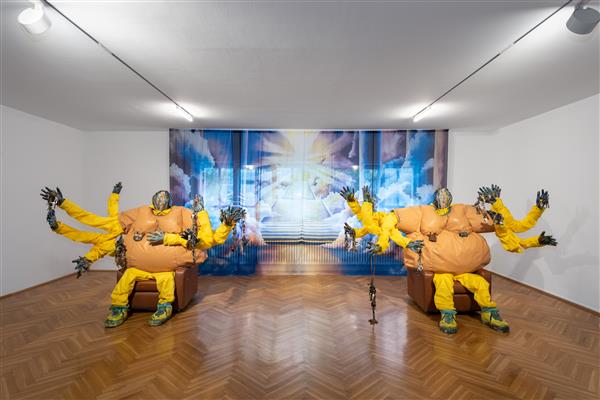 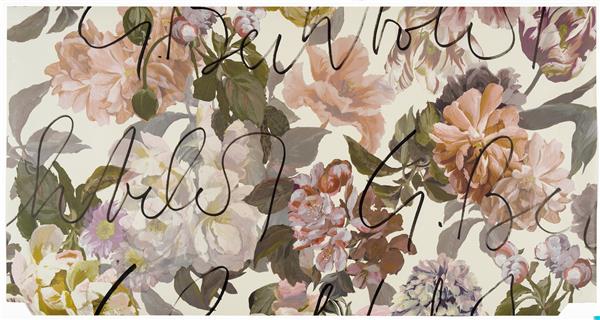 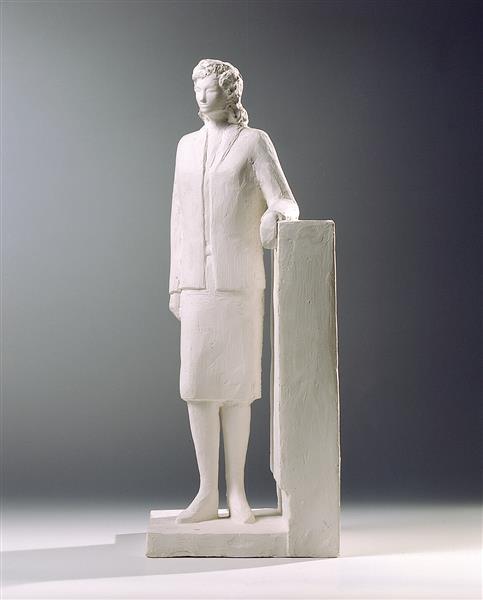