“We are utopian craftsmen…” Sentences like this are spoken in Markus Schinwald’s film. In actual fact there are really 5 films that run in parallel. He shows us various decrepit rooms in 60’s designs, hotel rooms in which Formica is omnipresent. In these transitory non-places that could be everywhere and nowhere, actors act from a script which has no plot, but stipulates a repertoire of gestures, enigmatic gestures that fall off into a void. The five films are cut synchronously and at certain points, one glides from one level to the next, e.g. when an actor places a finger on a mirror. The loop in the depths of time stands for the actor’s inner monologue, under which Schinwald lays a science fiction-like soundtrack. The actors carry a strange chrome frame; one of them moves the corner of his mouth upwards and freezes a smile into a clown-like mask. Another fixes index and middle finger in an oath-taking position – a reference to divine iconography. Schinwald’s text is spoken by a deep male voice, which at the end of 16 minutes has morphed into a high female one. The photo series of film stills is also uncanny and oppressive; Schinwald has sealed them behind a thick layer of acrylic. This stands for the screen of the television monitor and the interface between reality and media image. 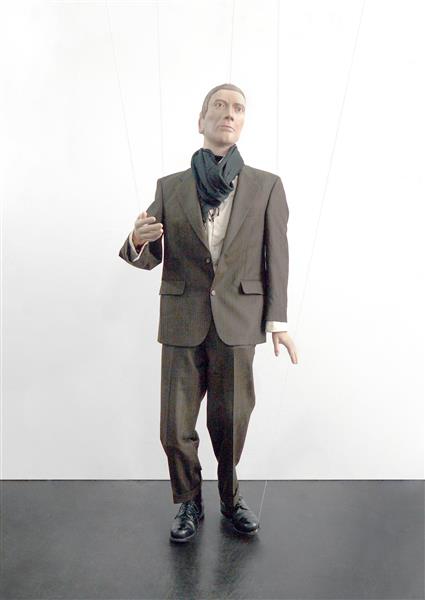 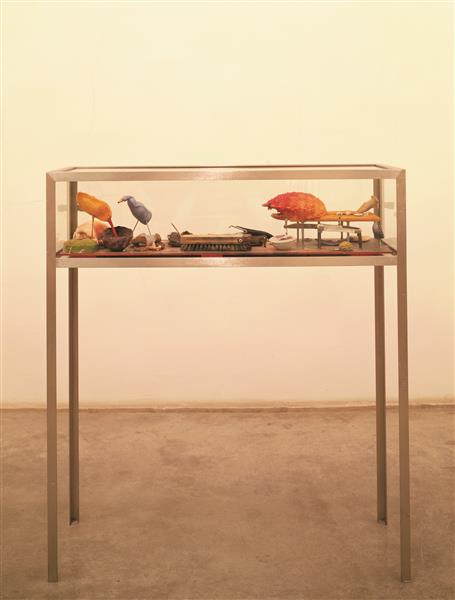 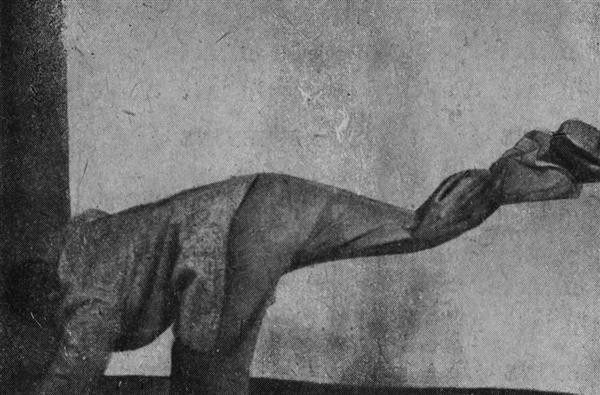