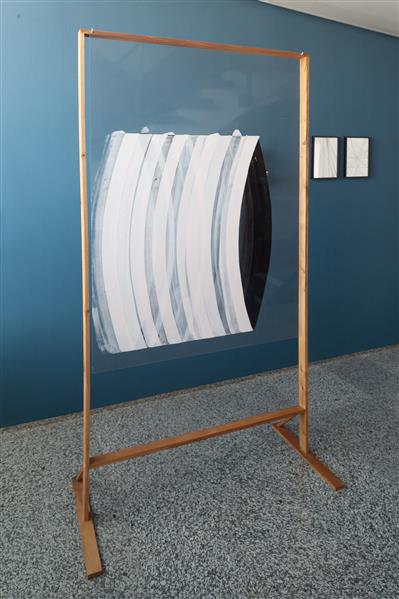 First in line: lines. Theresa Eipeldauer, as is evident in the five pieces in the evn collection, deals with the theme both experimentally and with confidence. Lines find themselves very classically on paper in metal frames on the wall, shrewdly on a simple, industrially produced drinking glass, Verre Jaune, where a light yellow line actually continues on a handkerchief tucked inside, or on large transparent sheeting, rolled or hung. The theme of diversity is consequently considered and solved.

Since her studies in Vienna (Academy of Fine Arts) and Paris (École nationale supérieure des beaux-arts), the artist grapples not only with the various techniques of graphic reproduction, but also with the possibilities of their modification. The works in the evn collection function as single objects and as an ensemble. The (spatial) relationship of the works is also significant. One discovers origin in their order – the simple line, mostly drawn with a ruler, in various aggregated states. The mode of representation and presentation also changes the possibility of experiencing the work. The dimensional interplay (and therefore the 2D and 3D experience) joins with the ambivalence of transparency and concealment.

Inside Corner: with this title, actually a structural engineering term for the union of profiles in the inner corners of a room, the artist describes a whole work group. A bit confusing, because the ʻcornerʼ is rolled and made of sheeting, but what is decisive for Theresa Eipeldauer is something else: “The corner is tension, the corner is confrontation. The corner is delimitation, is beginning and end.” The graphic elements, defined through the transparence of the sheeting, are turned both inside and out.

The carrier becomes the actual object, and the line becomes the body. This spacial expansion becomes more clear in Errata. The oak framework holds the sheeting with the silk-screen printed line like a window frame holds glass. This is clearly reminiscent of a 20th century icon; the complex history of conditions, movements and procedures that Duchamp relates in The Large Glass receives a loose and light retelling. Errata joins the freedom of abstraction with the moment of movement, as the sheet medium is not stretched in a frame, but rather hangs loose on only two hooks. Every shift in the air makes the form sway, and in its entirety, the lines and forms of all the works seem to produce a rhythmic sequence.

And even that is not surprising, because music is one of Theresa Eipeldauerʼs (aka Thesa Tödlichʼs), passions. As singer and performer with the musical saw in the band Glutamat she displays temperament, verve and no fear of crazy sounds and massive volume. As a visual artist, she expands the borders of the medium and brings the reproduced line into a web of relationships between corners and angles, offering a diverting medley in the experience of space and volume. 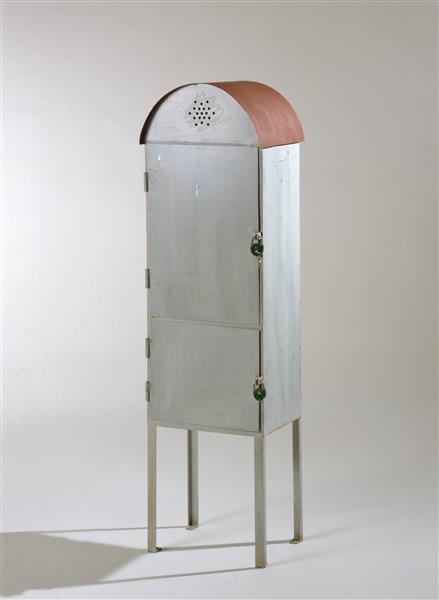 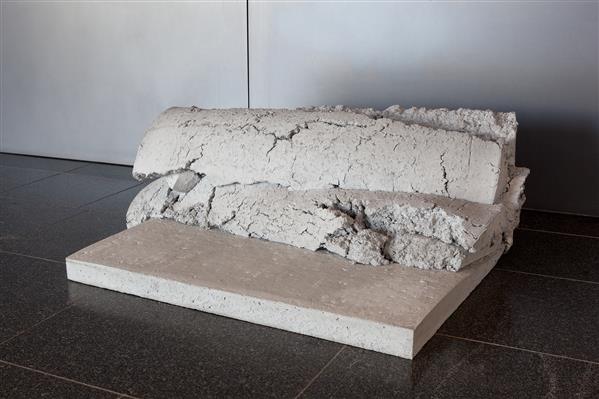