Charleroi is a Walloon city in collapse. The former steel and coal metropolis, circa 60 kilometers south of Brussels, has been in a crisis since the 1970s due to the decline of its industrial plants. At the moment, an urban development project with the symbolic name of Projet Phénix has been put into motion. Construction sites and vacancies are ubiquitous and, in the middle of economically-strong western Europe, reminiscent of Detroitʼs decline. Adrien Tirtiaux, who studied sculpture at the Academy in Vienna, has been working with the artist collective Hotel Charleroi (together with Hannes Zebendin and Antoine Turillon) since 2009 on counter-strategies for the neglected cultural landscape. The complex project combines an artist-in-residence program with historical inquiry and research.

Adrien Tirtiaux commands a strong body of graphic work, but also works conceptually, object-related or through spatial interventions. An important factor in his art is the concern with urbanism, always reflecting on the Modern and as a consequence, Modernism. Projects at the interface of architecture, sociology, and contemporary art inspect reality and find strategies for change. Tirtiaux dedicated the multi-year confrontation and exhibition-series Charleroi is on my mind (2010-2013) to this town. Transferts d’énergie en système fermé originated from this cosmos. Originally, the found object appeared as a signboard giving information about the prices of food and drink in the cafeteria of an, in the meantime, abandoned post office. Over a number of years, Adrien Tirtiaux modified the movable letters, numbers and other symbols and continually developed new combinations of two- and three-liners. It is a process that responds content-wise to the region (thoughts for Charleroi). The title of the object, as well, refers to continuous overworking and transformation – the conversion of energy in a closed system. Through the use of that which is available, ʻupcyclingʼ so to speak, something new is created. Through the exclusive use of available materials and the spaces associated with the font, the single words and sentences form a picture. In many languages, as an hommage to the multi-cultural region, the readymade is also an example of a concrete image-poem in its aesthetic layout.

Since its sale, the then current state of the board has been conserved. Since arriving at the EVN, the masterpiece, leaning casually against the wall, is also a metaphor for economic as well as political responsibility. As evoked in the post-industrial text-object, may the “révolution des frites” (french-fry revolution) conquer the “cimetière des idées” (the idea cemetery)! 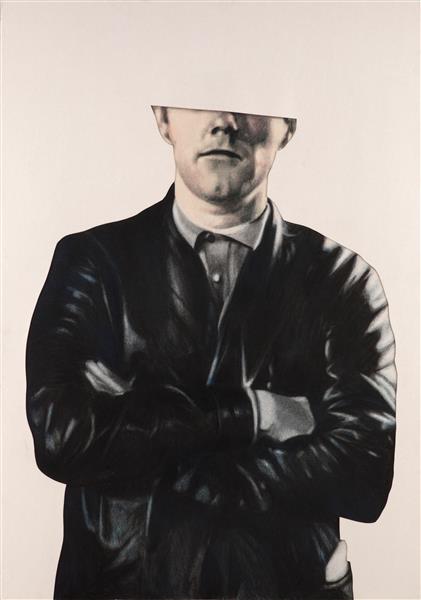 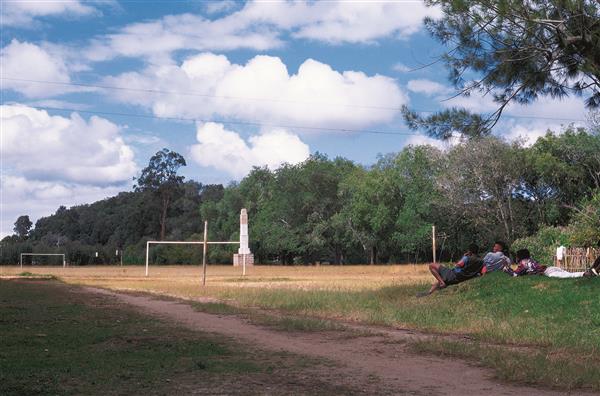